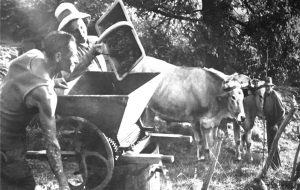 The first vines were replanted in the early 1920s by Edouard Sérougne, great-grandfather of Lise and Benjamin. It is then 5 hectares, the family only lives from it thanks to polyculture. We are not talking about bottled wines but barrels sold directly at the property. The first bottling took place on the 1953 vintage. At the same time, Edouard ardently defends the project to create the Cahors Appellation. 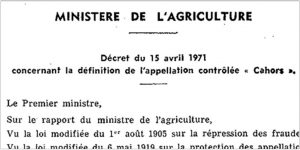 To this end, he will be one of the pioneer winegrowers to go to Paris to plead the quality of the wines with the INAO. The appellation was finally created in 1971 and celebrates its 50th anniversary this year... At a time when Lamartine is celebrating its 100th anniversary of vines!

TANDEM RED 2020 IN THE SELECTION OF MAGAZINE LE POINT!NEWS