A wine star is born…

A small block of 5 hectares planted in vines for more than 2 centuries… We choose only this part of the vineyard to make the greatest wine. The name is really easy to find : that will be our greastest Expression from the terroir and from the Malbec. We vinify in concreet tanks, we age in new french oak barrels ; it was worth: a wine star is born.

The vintage of my 40 years old…
Benjamin was 6 years old, Lise 4, they are our daily energizers. For them, I want to show that we can make Expression even on difficult vintages. And 1997 is one of the best proof of the Lamartine regularity. I am now convinced: even the weather, our soils are the link between all vintages.

The Cuvée Particulière exists for now 10 years…
The vintage 98 coming in tanks. Very rich in color and tannins, as for the French football team, 98 sounds like a very good year! We often say that the tannins are protecting the wine on the ageing…and it’s true.

Wine of the year by the guide “Revue des Vins de France” and recognized as a greatest decade value…
The bottles have been sold very quickly. 1999 still shows strength and tannins even the years go…

The legend of the 0 and 5 vintages…
2000 is one of the greatest vintage in the Lamartine story…A year where all the planets were on the same line to get the best from the vines!

It’s always difficult to arrive after a great vintage, 2001 confirms this!
Often described as rich and strong, it is now showing very fine tannins which proof the elegance level that the Malbec can reach!

Ah 2002…
At the beginning of the 2000’s, the new oak barrels ageing is something very fashionable. All the winemakers buy barrels and age, I am one of them…
But the 2002 vintage is not a vintage of that kind of ageing. I learn here that we have to work the ageing in thinking of the wine and not the contrary. At the bottling, the wood dominates and will dominate for the next 5 years.

The hottest vintage we never know…
At the end of August 2003, we were on holidays… Jean-Luc called me, “we have to begin the harvest, it is in danger!” The yields were very low, the alcohol rate was about 16, but it was very concentrate, rich, full of sucrosity. 2003 has been criticized a lot in its first years, but finally finds its partisans.

A normal vintage!
After an original 2003, it was really pleasant to get a normal year. 2004 is a very elegant vintage. But because it is normal, we know that we couldn’t keep it for many many years. It might be quite old now!

A vintage as the one we would expect every year!
2005 is the definition of what is a perfect balance vintage: strenght, complexity, finesse… everything is in 2005! We often say that the greatest vintages are the easiest to make…and it is true.

Cruch ♥ of the “Guide Hachette “!
We are in July. As every year, we are doing a bunches selection on the vines. A team of 15 young guys are coming to help us. I speak about that selection here because 2006 was really generous and this selection allowed the perfect maturity. It’s tanks to it if we won the second consecutive crush of he “Guide Hachette”.

And if we make a biggest wine than Expression, a kind of micro-selection in the bloc of Expression ?
Join with 5 very known coopers, I am trying the first integral vinification in new oak barrels. But at the end of the 24 months ageing, and just before the bottling, I do a comparison with the other part of Expression and see that there is not a big spread between the both wine lots. I decide to blend them together, the Expression will stay the Expression.

Because some vintage are more difficult to make than others…
A complicated weather has delayed berries maturity. We finally have had a late vintage with quite strong tannins. 2008 is a bit like a child who is crying a lot when he is a baby and becomes more and more quiet as he grows up…

My perfect vintage…
Maybe the biggest vintage I never made, 2009 is my perfect vintage. The Lamartine Style, the one I like, is perfectly representative with its fleshy and fresh taste. For the delight of your papillae…

2010 is the vintage for people who love very elegant wines. A high drinkability on the young age which wins in concentration  year after year. After 45 years as winemaker, I can say that a great vintage is great for the one who is tasting it and not for the one who made it.

There are some vintages like this which they are our models for life.
2011 is one of that, rich and solar vintage where the freshness is working as an antidote against the heavy taste. It’s obviously a very great wine which is just beginning its life.

Fruit, finesse and drink-ability are the 3 adjectives that we use to describe 2012.
The 2012 story was mainly written from April to September. September is often decisive on the vintage profile: we like its warm days and its fresh nights which guarantee the perfect maturity. In 2012, September was not as the one we like…We loose a lot of richness and complexity and get more of drinkability and fruit. Less strong than 2011, 2012 has developed its  reputation as a fine vintage.

The year where Benjamin came back to take over the vineyard…
We are in June, it’s raining, it never stops to rain…We look at the vines, we are really worried ; we know that the rain on the flower is really damaging for the harvest. We hope a miracle but we unfortunately lose 50% of the harvest…We made only 5000 bottles of Expression instead of 20000 for a normal year. Even that,  Benjamin was staying…he likes challenges!

The only 2014 problem was to arrive just before 2015…
An ideal Indian summer allowed the perfect maturity of the berries. The vintage is based on an important acidity rate. Becaude of that, we know that it will get a very high ageing potential. But in its first years, 2014 was very shy and didn’t say anything…So when 2015 arrives on the market, full of fruit, 2014 has been forgotten…But for come back better later!

Obviously a winemaker vintage…
We are in September, it doesn’t stop to rain, and we know that the rain just before harvest is not good for the berries concentration. At the harvest time, the juice are full of fruit, we  stop the extractions to preserve it. We look after the barrels ageing to be sure that the wood will not cover it. We taste, we stop the ageing at 20 months…And tit was worth: a really drinkable vintage is born with a big taste of coming back to the glass.

The little sister  is coming back…
She was more lucky than me…I can see her again in the cellar “Ah, it’s really easy to make wine, all juices are good!”. It is a good summary of what was 2016: a perfect weather allowed a perfect maturity, and the berries were more than healthy. Because of that, I decide to try the without sulfite vinification ; I call my sister, the cruncky fruit give ma a new idea of wine, Lise find the name: Red Tandem is born!

On the Expression, we decide to do a longer ageing, the wine was not ready at 24 months, we aged it until 30. The risk has been paid: the wine is already showing its big complexity.

Home
Cahors, terroir of Malbec origin
Winegrowers for 4 generations
From vineyard to glass
The Vino-collection

News
Where to find our wines ?
Contacts, schedules and access plan


Alcohol abuse is dangerous for your health, consume with moderation 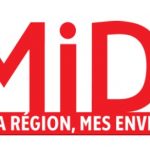 THE WINE OF THE WEEK BY CAMILLE: TANDEM ROUGE 2018Non classé
We use cookies to guarantee the best experience on our site. If you continue to use the latter, we will consider that you accept the use of cookies.OkPrivacy Policies and use of Cookies